For the past five days I’ve been working on an open source Android application for analyzing your Facebook messaging data.

This is a mobile version of the web app here.

I tried to follow the Android UI guidelines as closely as possible and even emulated Google’s new card interface! Here’s a couple of screenshots: 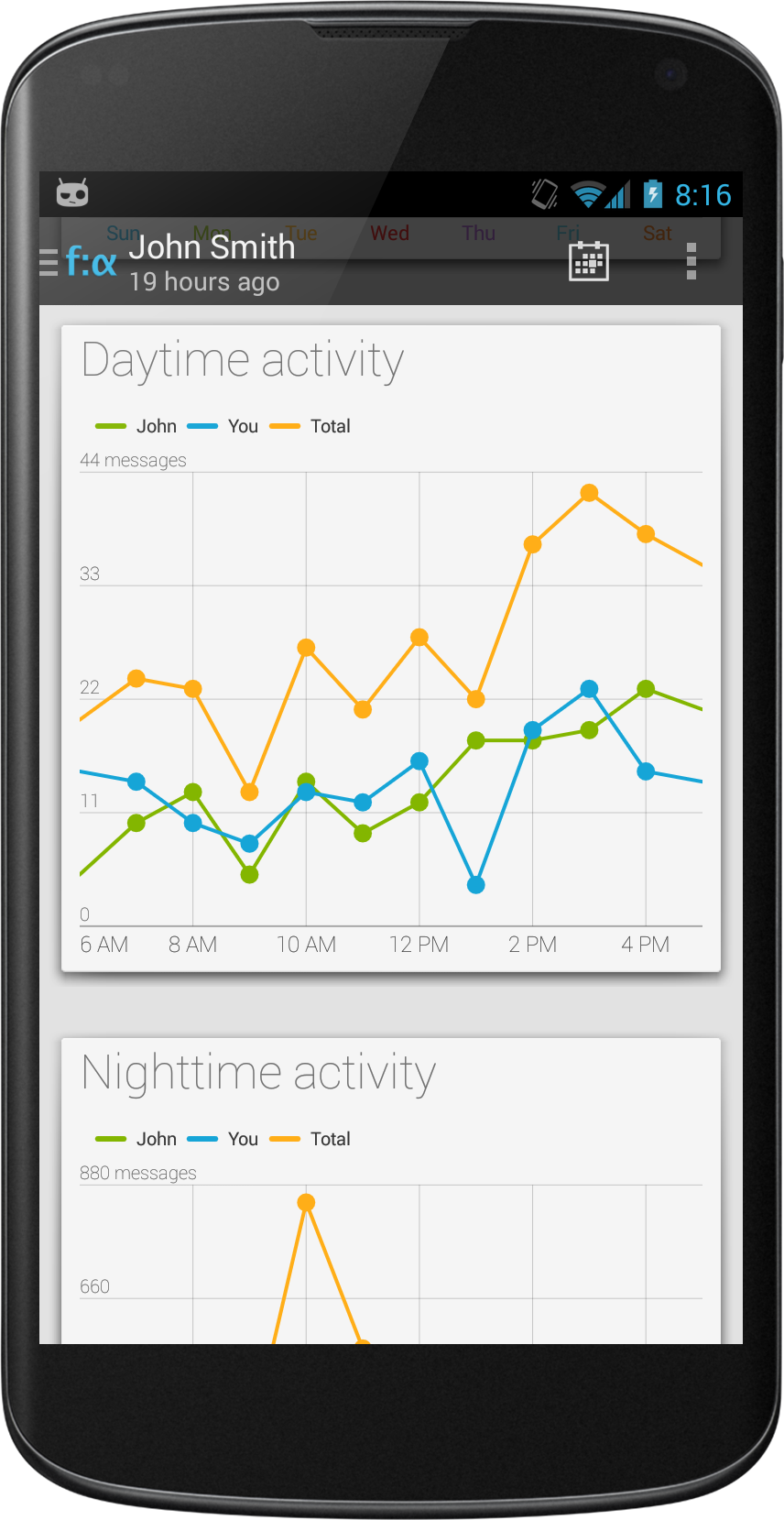 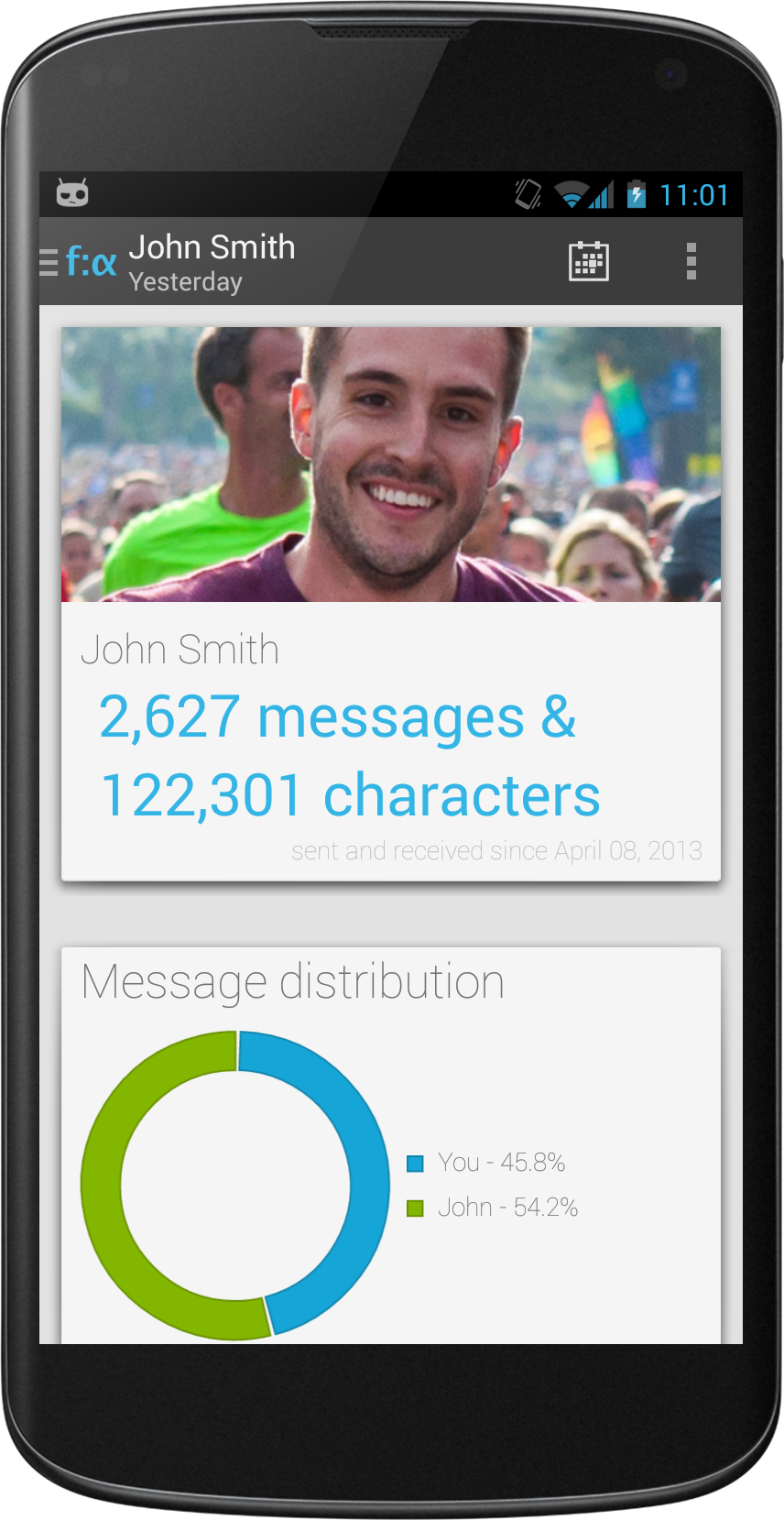 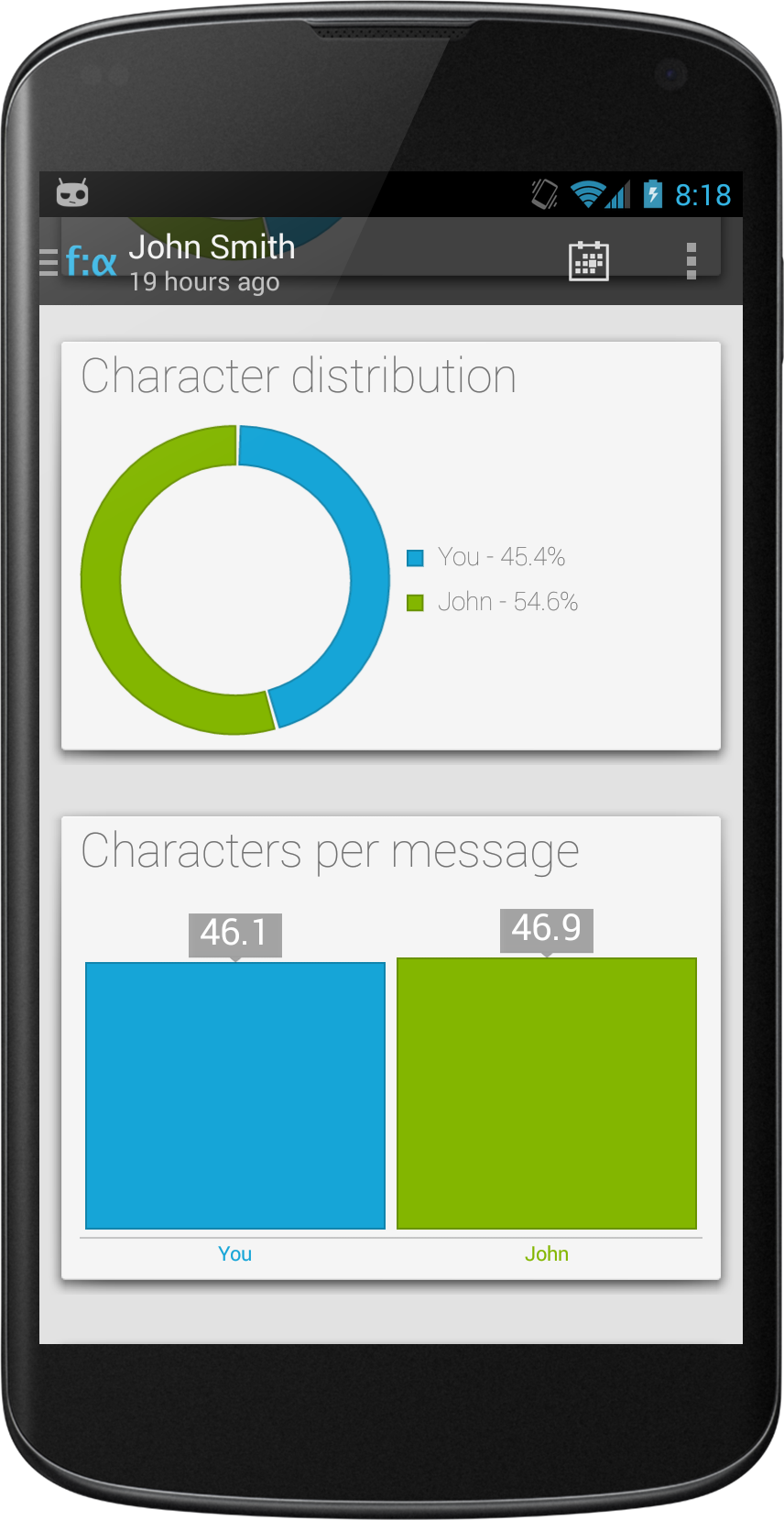 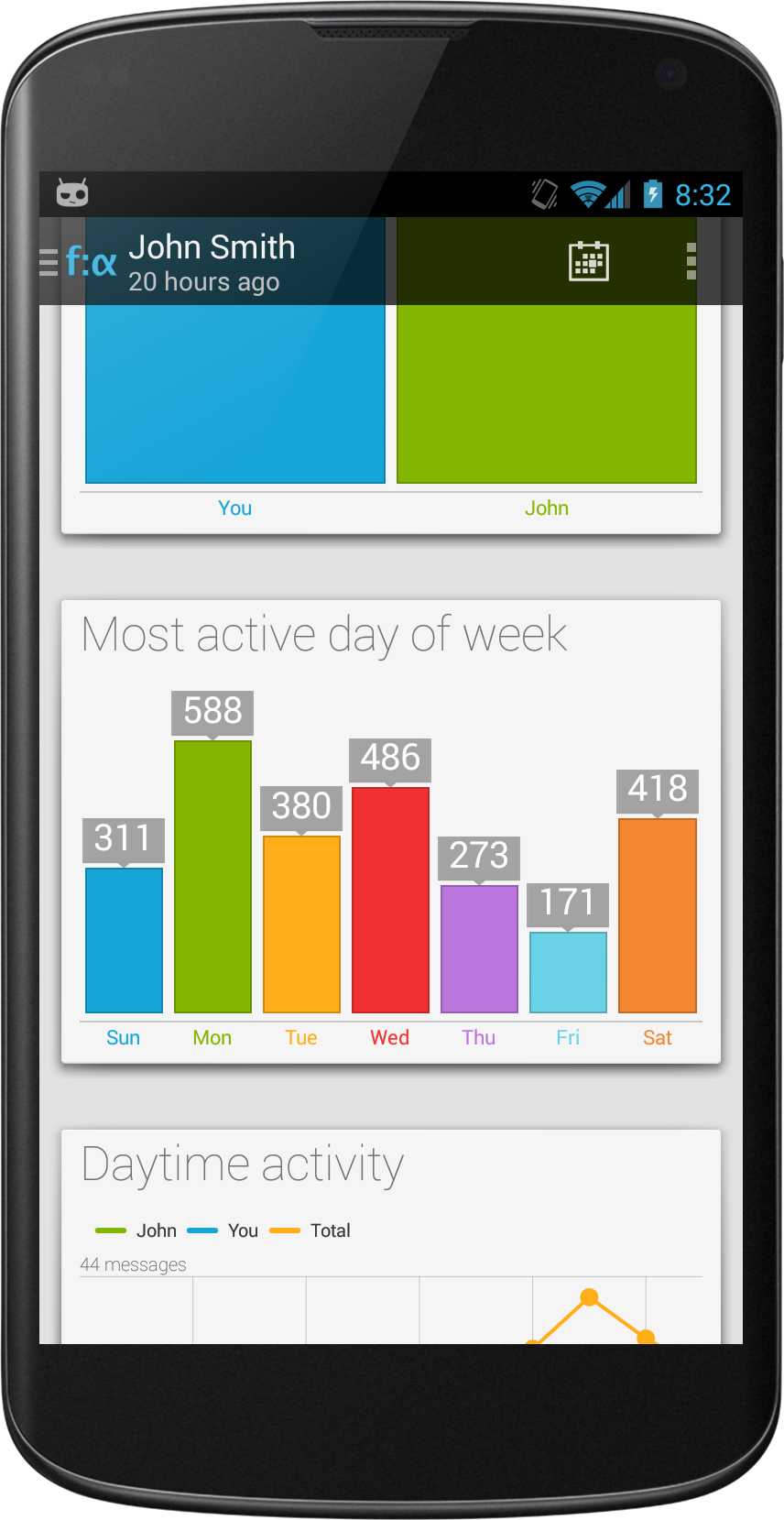 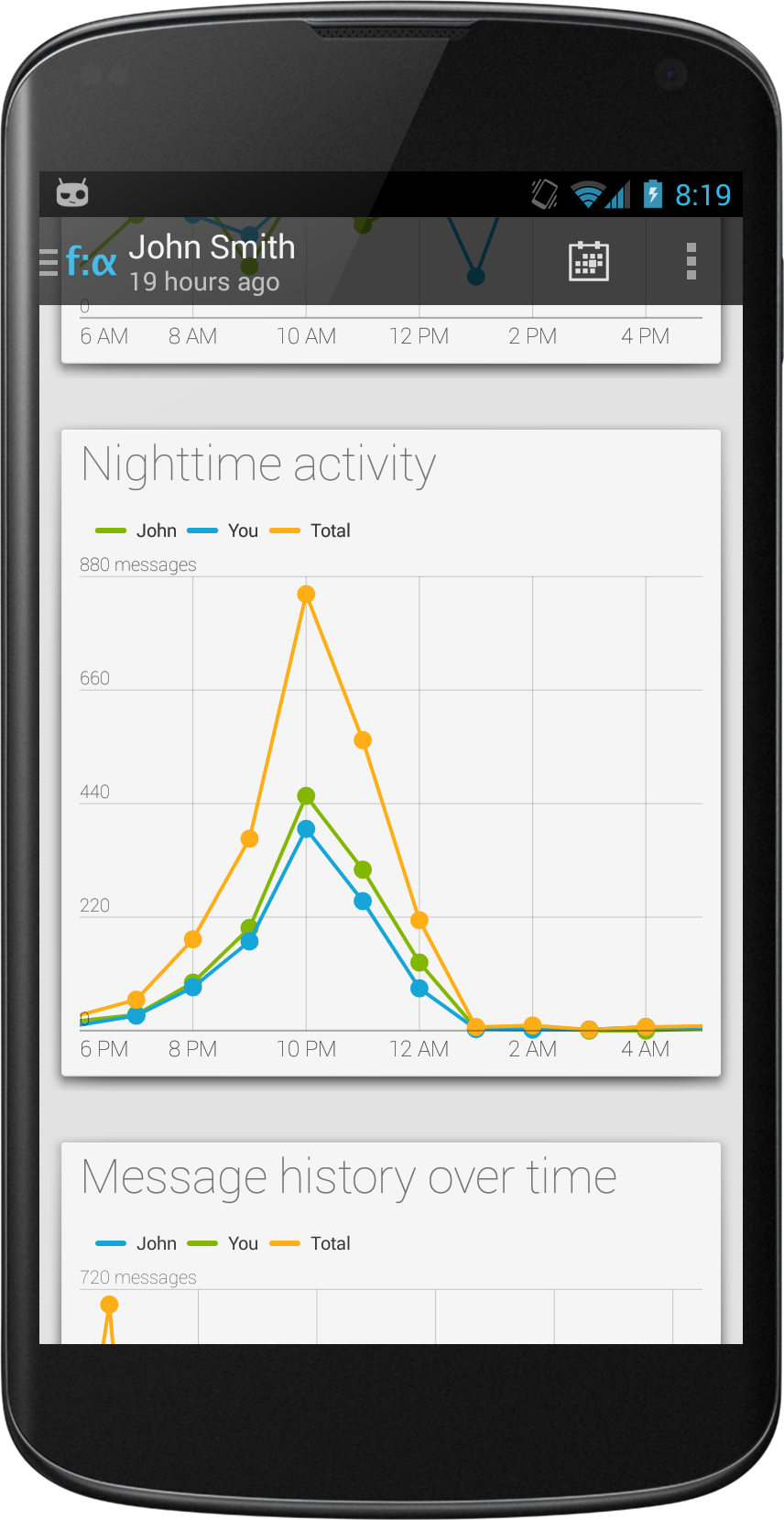 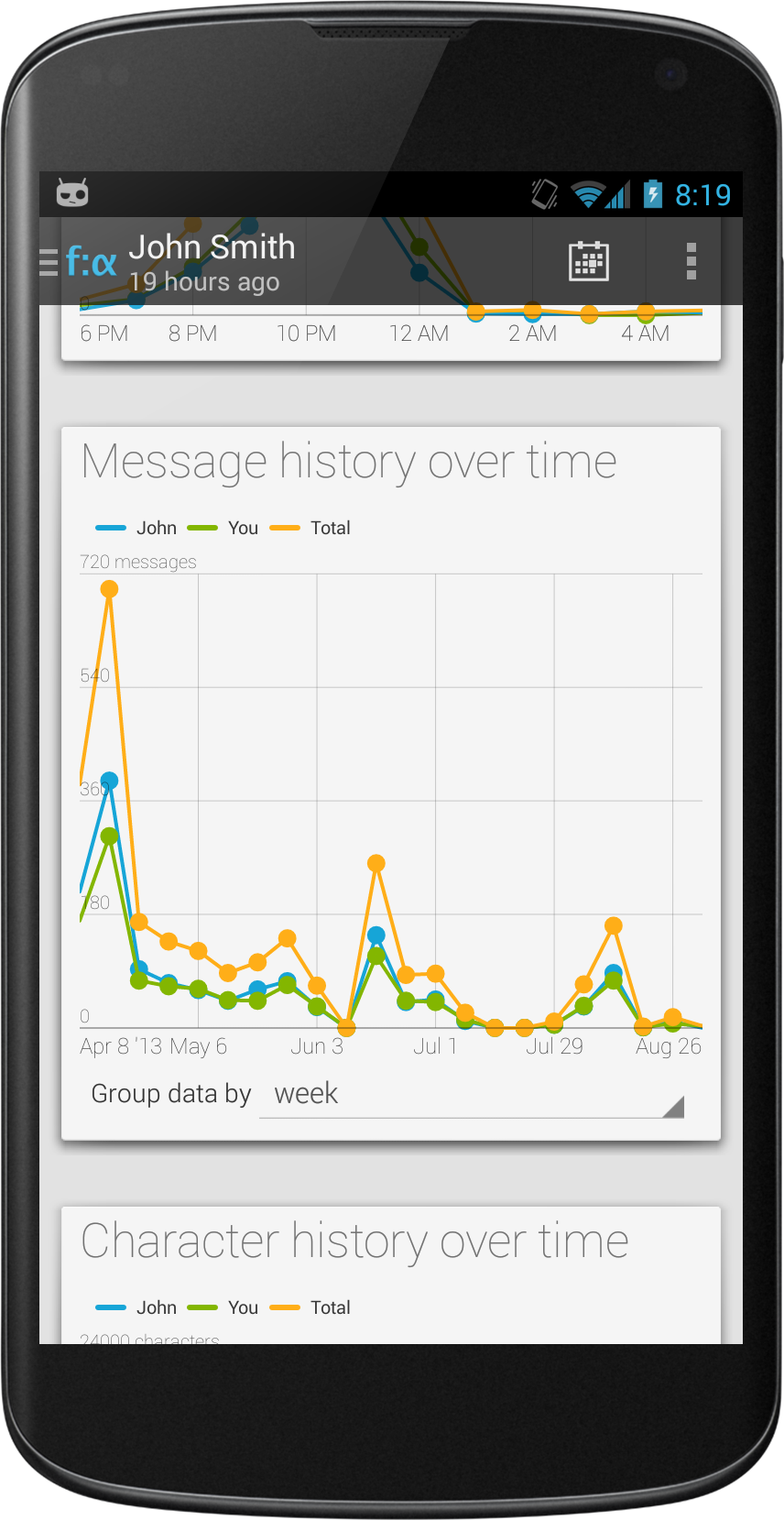 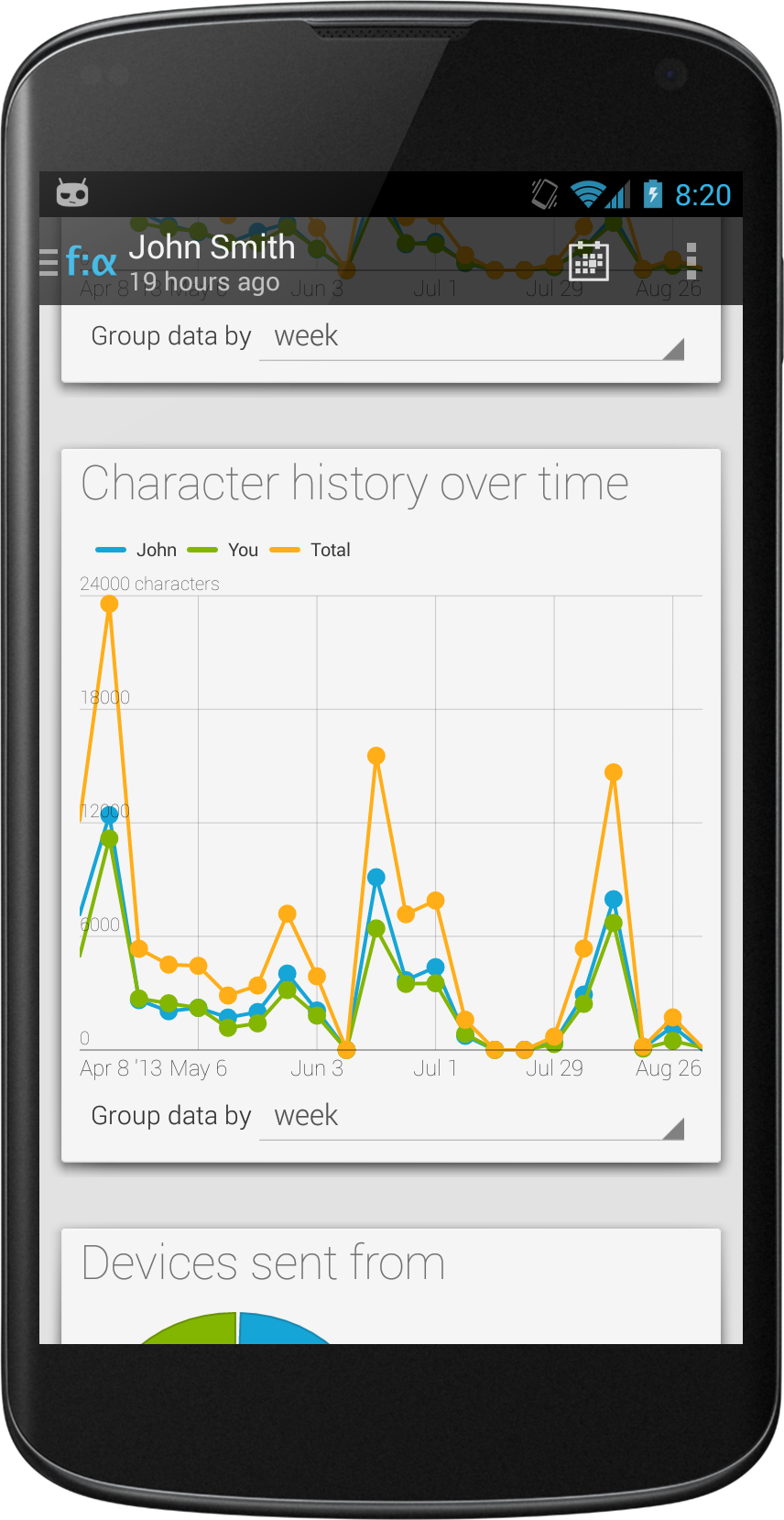 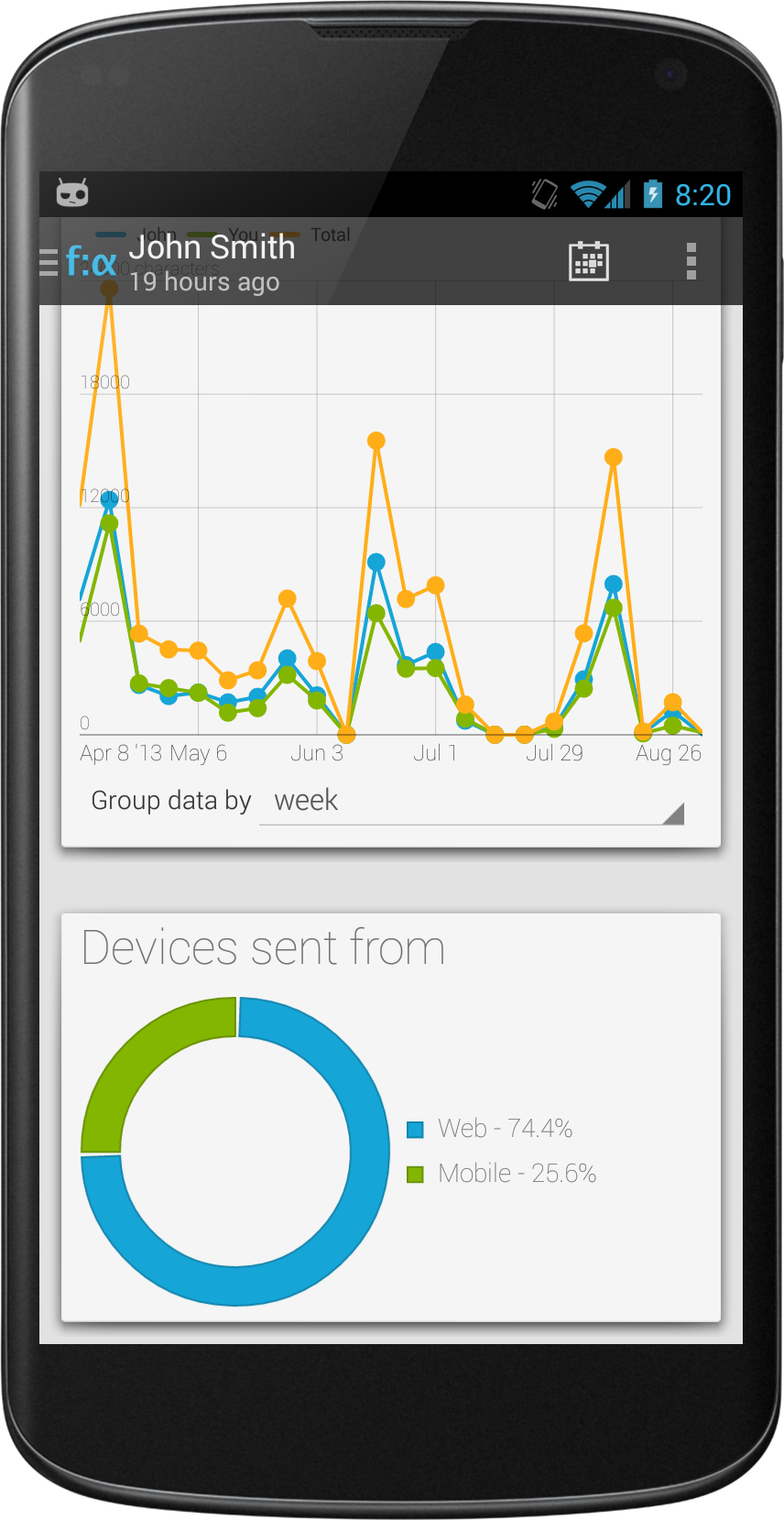 The “Cards UI” is essentially a custom ListView with a large transparent separator. The border is rendered through a ninepatch generated from a screenshot. Since I thought the current free android graphing libraries are lacking in the visuals department, I created my own graph library based off of HoloGraphLibrary, which currently supports bar, pie, and line charts.

Messages are downloaded in a foreground service and committed into a SQLite database, which ends up being a couple of megabytes. In fact, much of the downloaded data is not yet utilized by the application, including location data and attachments. When I have time in the future, I’ll be sure to add in the features I’m missing from the HTML/Javascript version.

In these couple of days I’ve learned so much more about android programming. As a result, my code from the beginning of the project is much less than optimal since I didn’t know much about the Android API. However, the source code will still be available! After I prepare and finalize it, you’ll find it here!