My favorite hike to date. An epic hike with a spectacular payoff: unforgettable 360 degree views of Yosemite Valley, Tenaya Canyon and the park's backcountry. 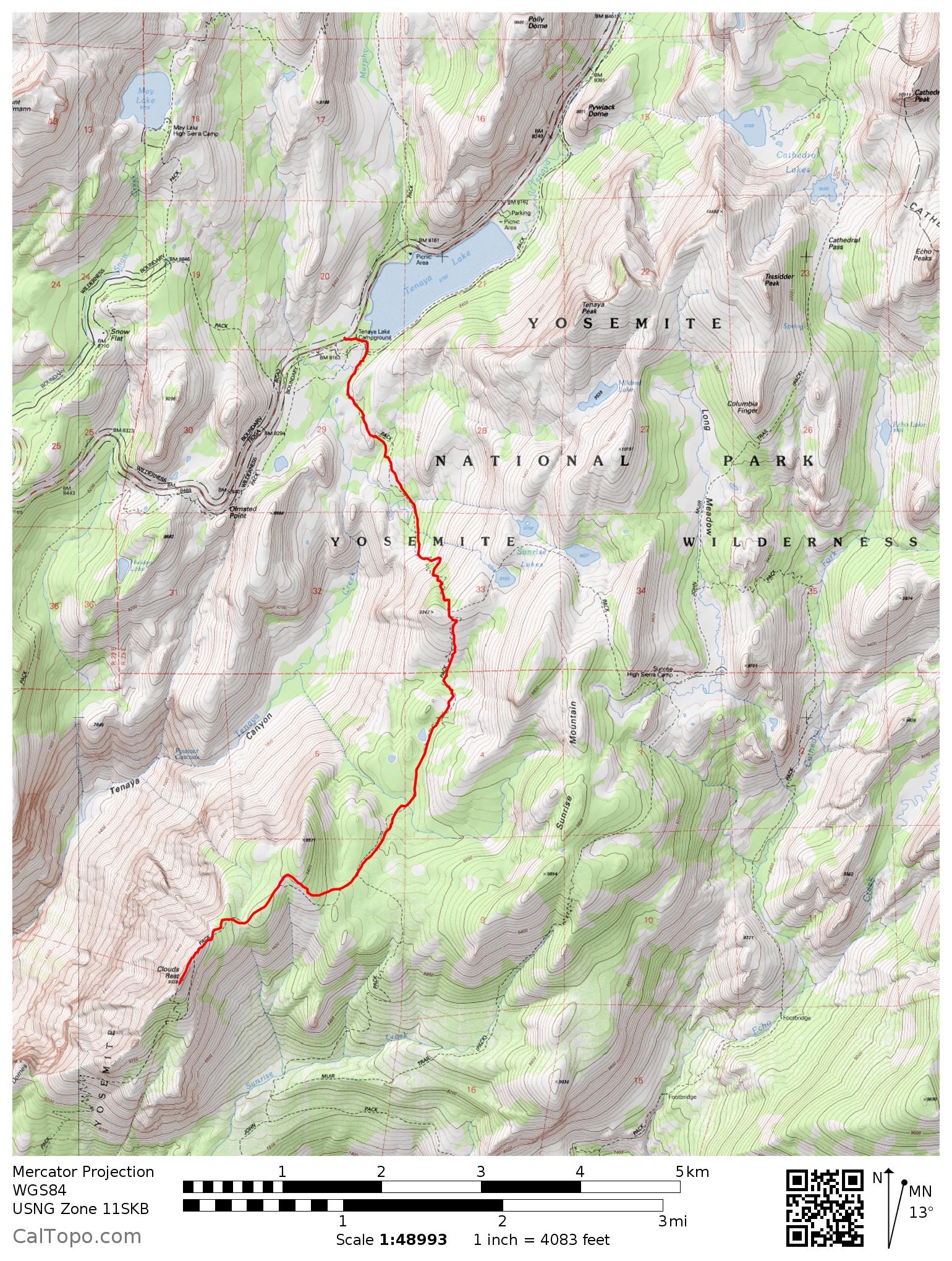 Bring lots of water! I brought 3L and a water filter. When we hiked it, there were plenty of water sources (streams and a lake) along the way to filter.

We were actually hesistant to do this hike, because this was during the Detwiler Fire of 2017. Conditions were awful the days before we arrived, but the smoke fully cleared! As an added bonus, the threat of smoke meant that fewer people visited the park. Silver lining!

After camping in Yosemite Valley the night before, we woke up at 6am, ate breakfast, broke camp, and departed for Tenaya Lake. We hit the trail at 8:15am – follow signs for Sunrise High Sierra Camp. You’ll immediately hit a creek crossing. It was knee deep when we crossed, but a just a few weeks earlier when Tioga Pass opened I heard it was waist deep. Mosquitos feasted on me here, and for the next 2 miles. They seemed immune to DEET. 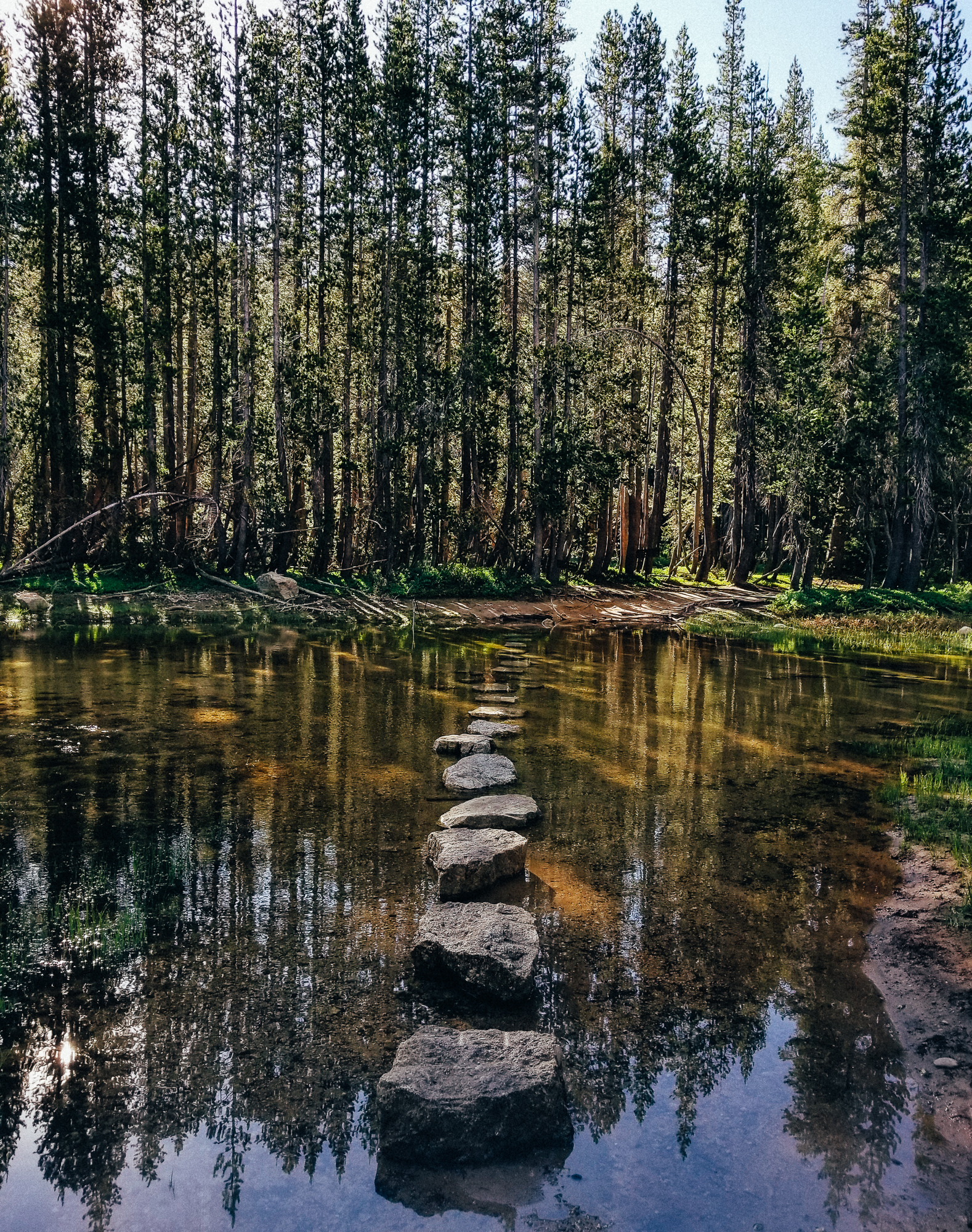 Around 1.5 miles in we hit a brutal set of switchbacks climbing Sunrise mountain. Apparently it gains 1000 ft in less than a mile. 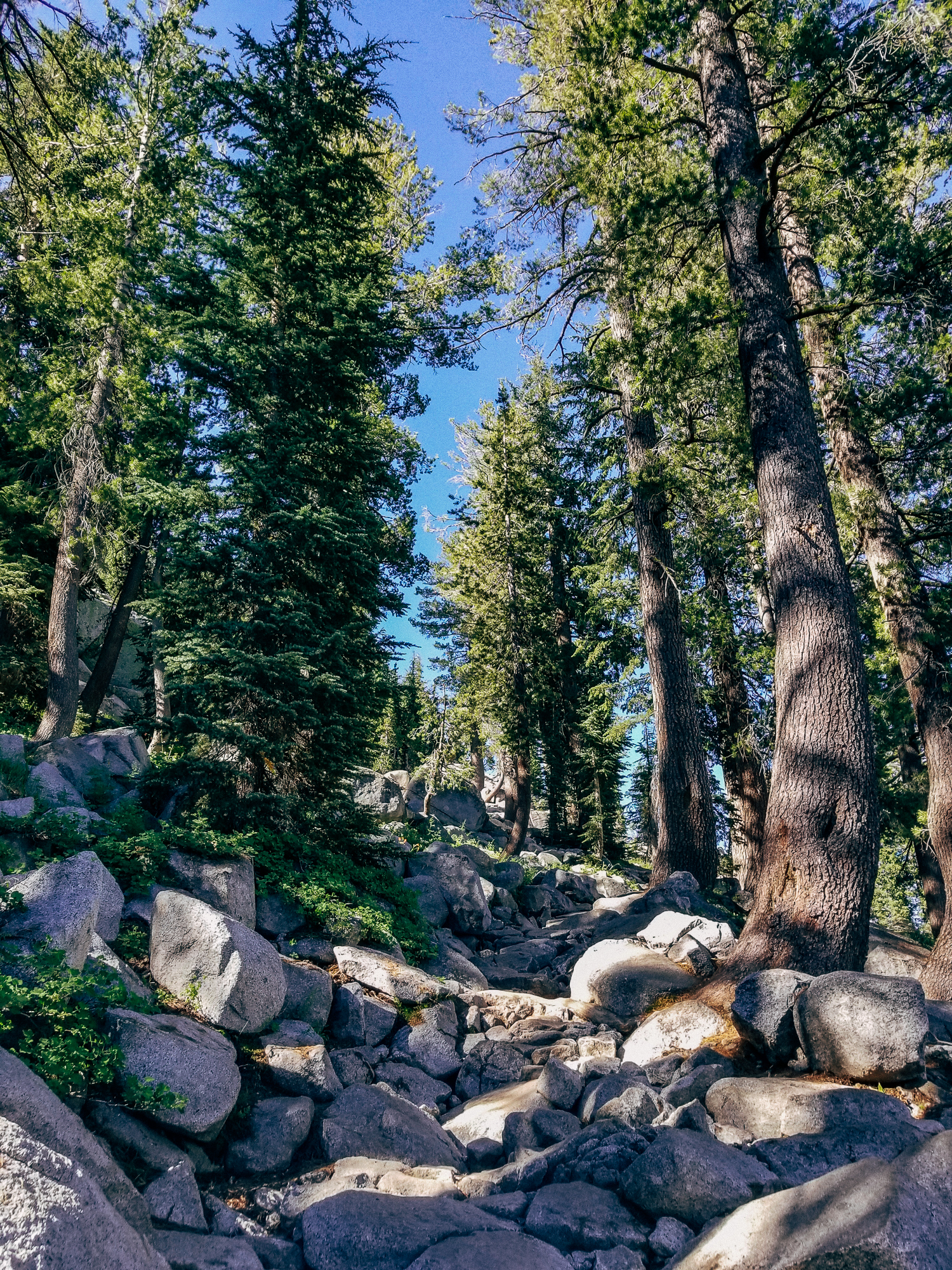 The climb up Sunrise Mountain

There was still snow on the trail at some points, and we lost the trail a few times. In the end we just decided to keep hiking in an upward direction. 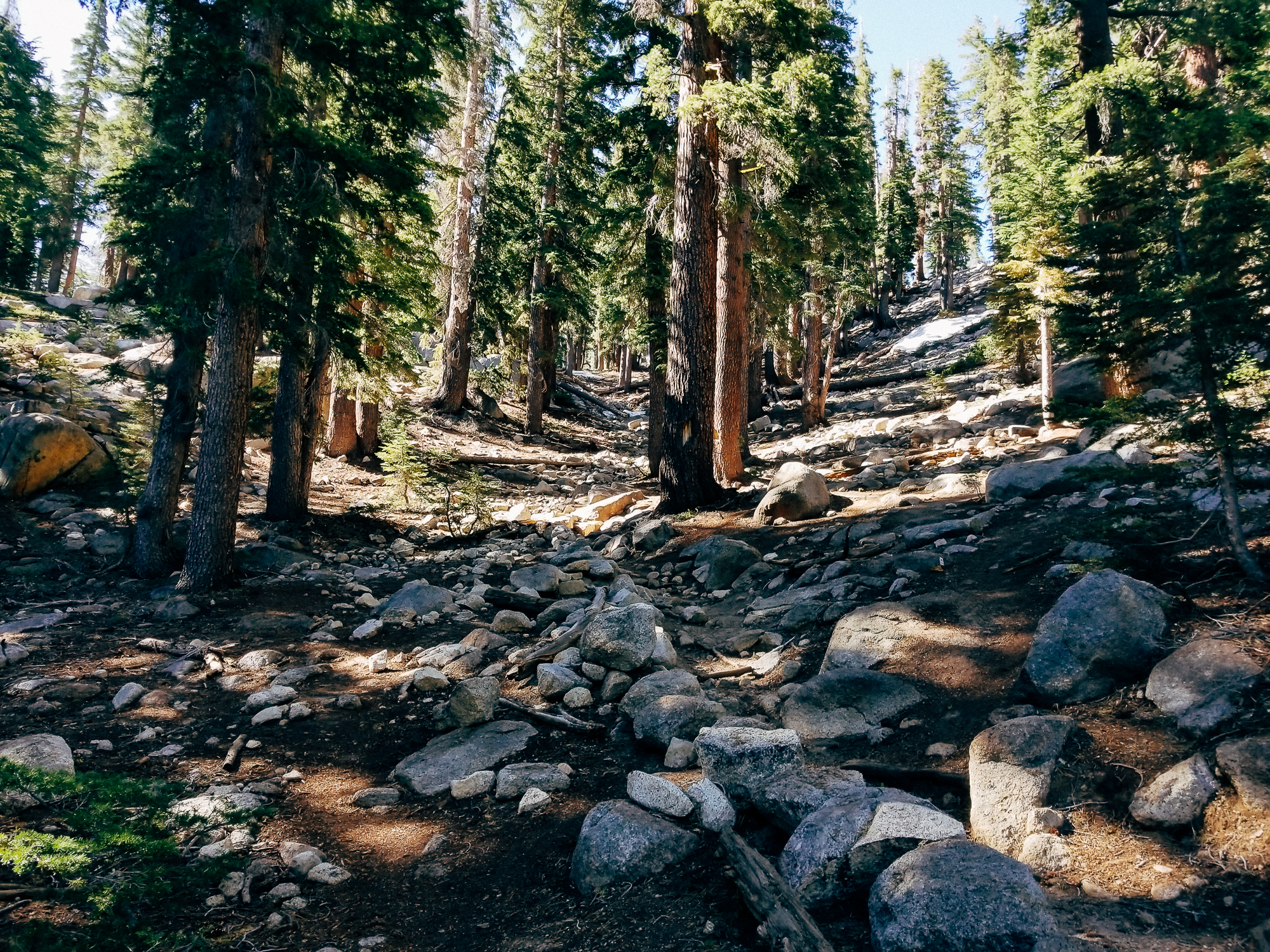 At the top, there’ll be a Y fork. Take the right one. 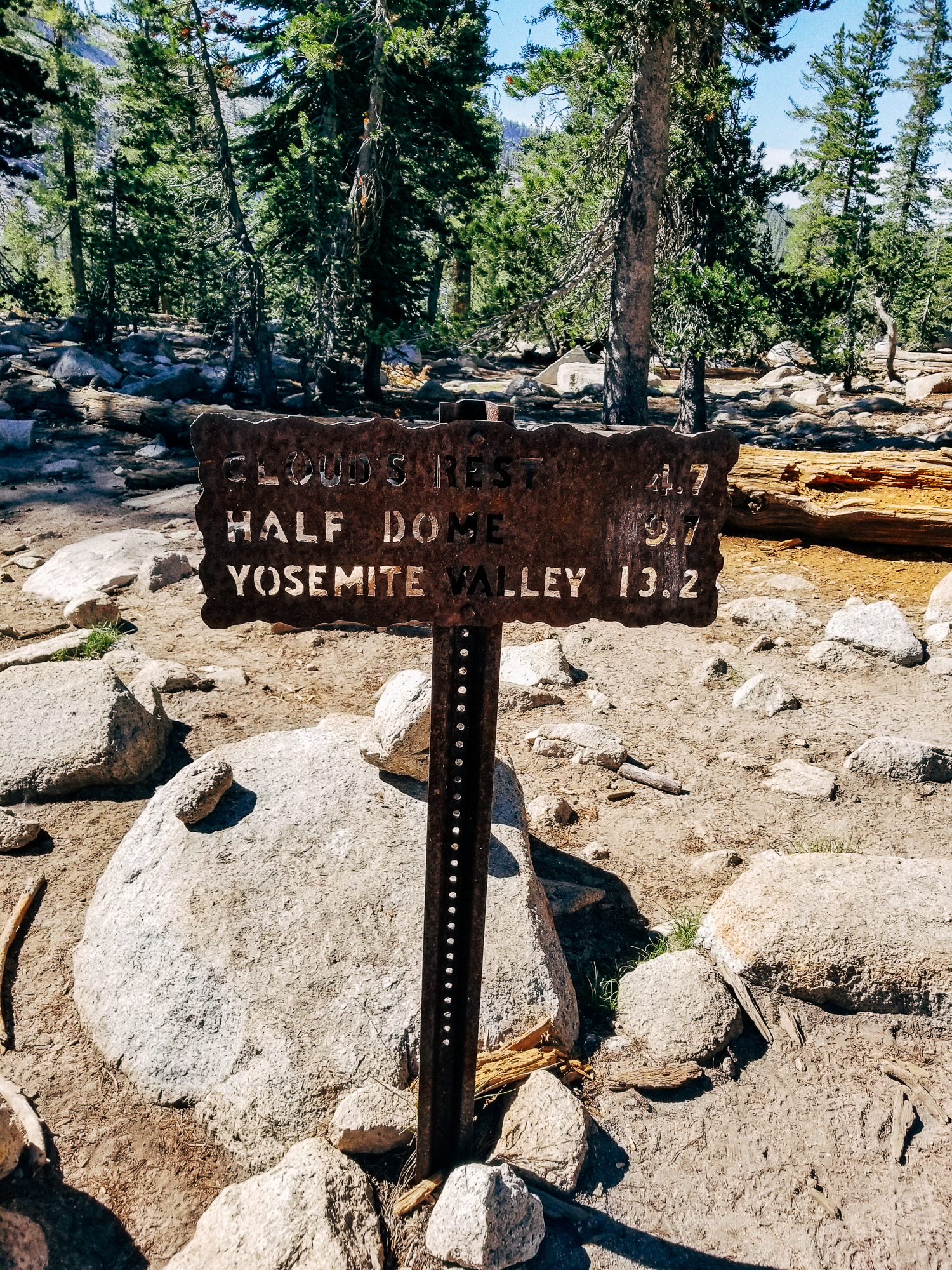 The trail descends steeply for a bit, then meanders through a nice shaded forest for a few flat miles. There’s a beautiful backcountry pond along the way that’s super pretty. 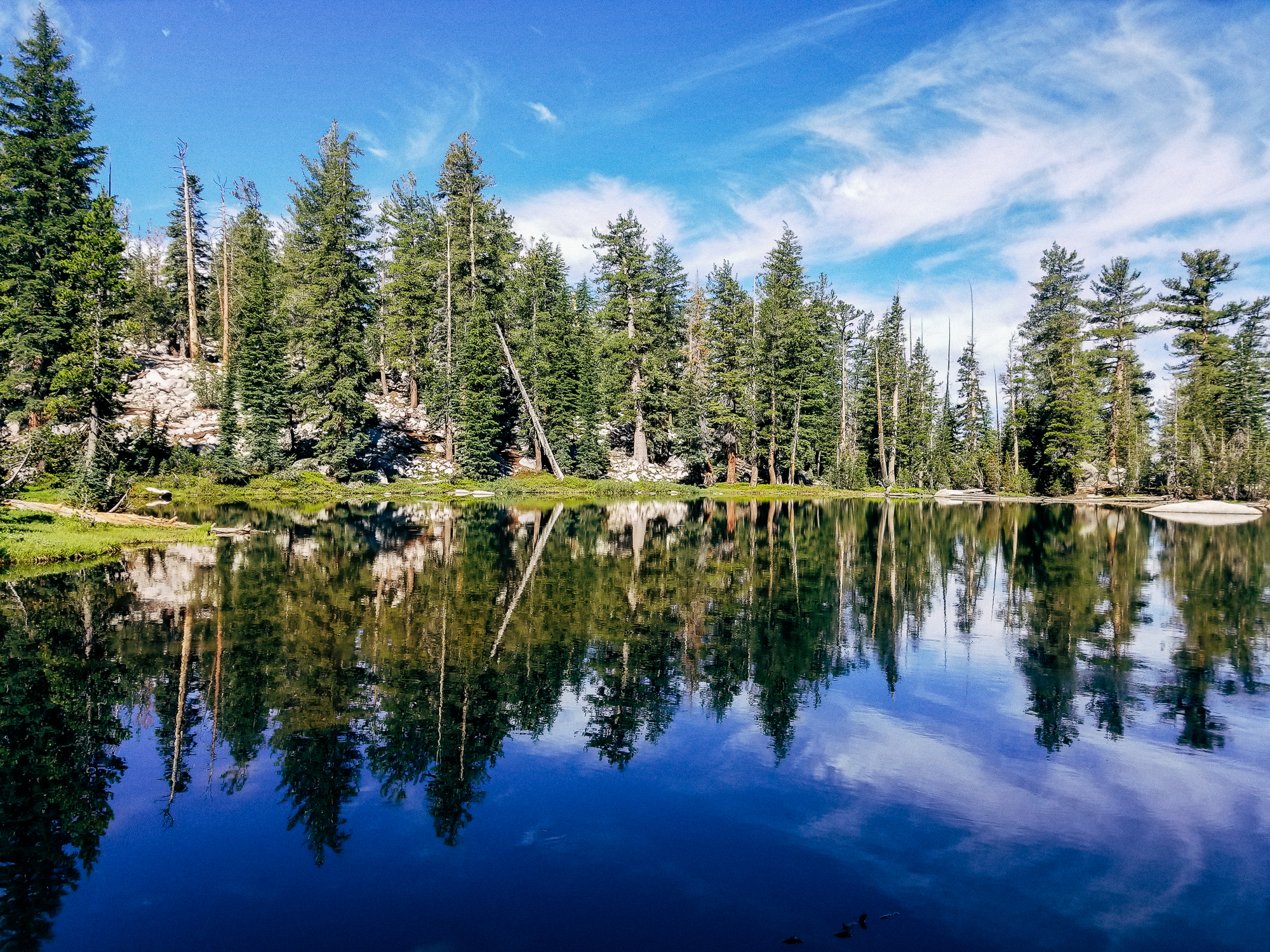 Eventually you get to another fork in the trail. Take the right one again! From now on the trail is just going to climb steadily until the summit. Somewhere along this section you’ll finally get a glimpse of Clouds Rest. 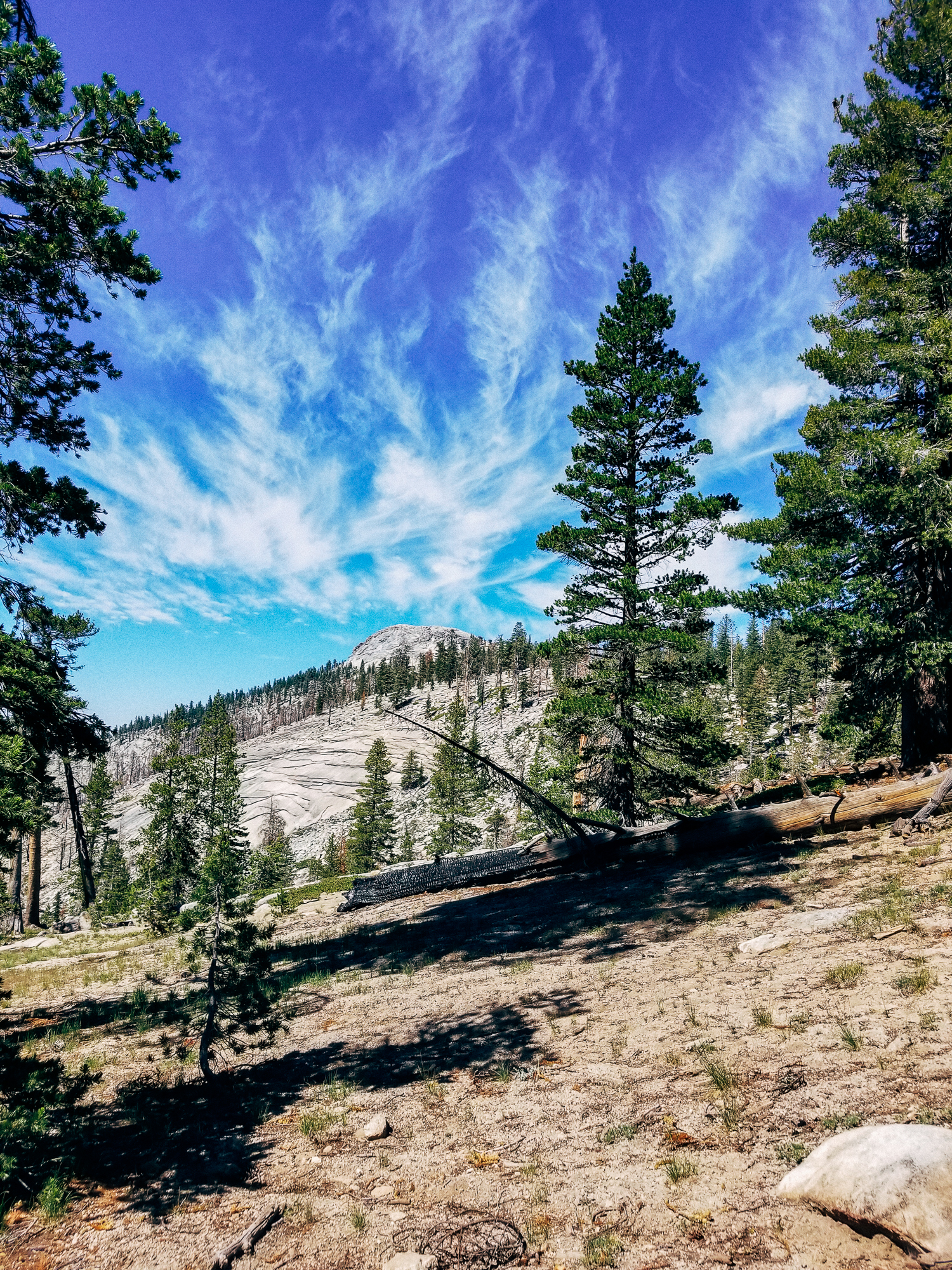 That little nub is the summit of Clouds Rest

Around 2 miles later, we started climbing the summit ridge. It was pretty insane. The ridge was super thin, and there were sheer dropoffs on both sides – one into Yosemite Valley, and one into Tenaya Canyon. Hopefully you’re not scared of heights! The views were beyond belief though. It makes Half Dome look so small!

The summit actually widens to something less insane at the end (thankfully). There were around 10-15 people on the summit when we arrived at 11:15am, we all fit comfortably with lots of room to spare! 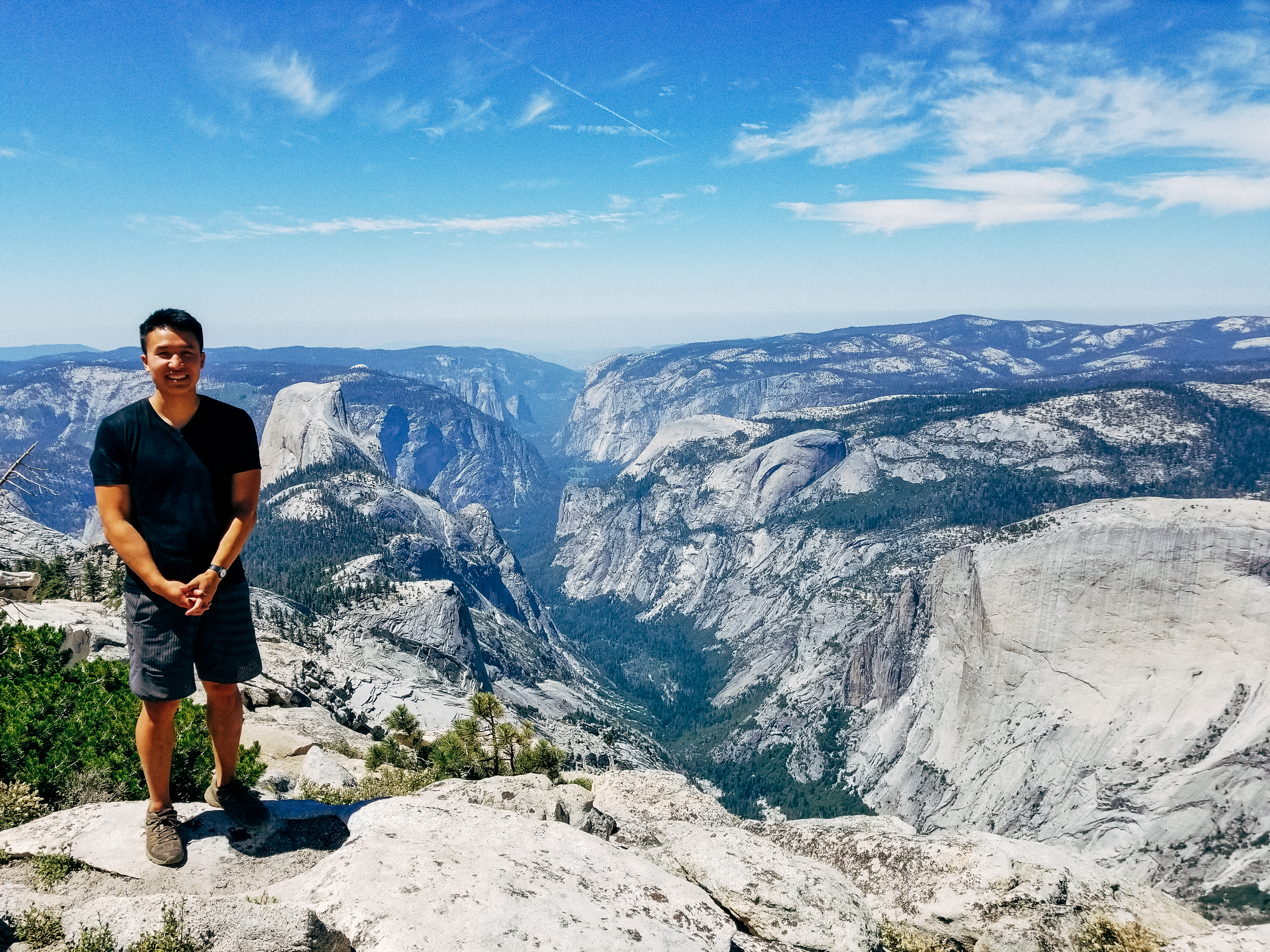 The view into the Valley

We spent an hour and a half chilling on the summit. Marmots and flies kept us company. We had to force ourselves to leave because otherwise we wouldn’t get back to San Francisco in time. But not before taking some final pictures!

Looking back towards Tenaya Lake

See that lake in the distance? That’s Tenaya Lake. We started there!

And that’s a wrap. Until next time, Yosemite!