A short jaunt to a few peaks overlooking Donner Lake and the city of Truckee, CA. Bonus: there's a wooden rope swing on a tree near the end!

We followed the PCT at the beginning, but quickly went off trail to explore. It’s not hard to find the trail again, even without GPS or map/compass. 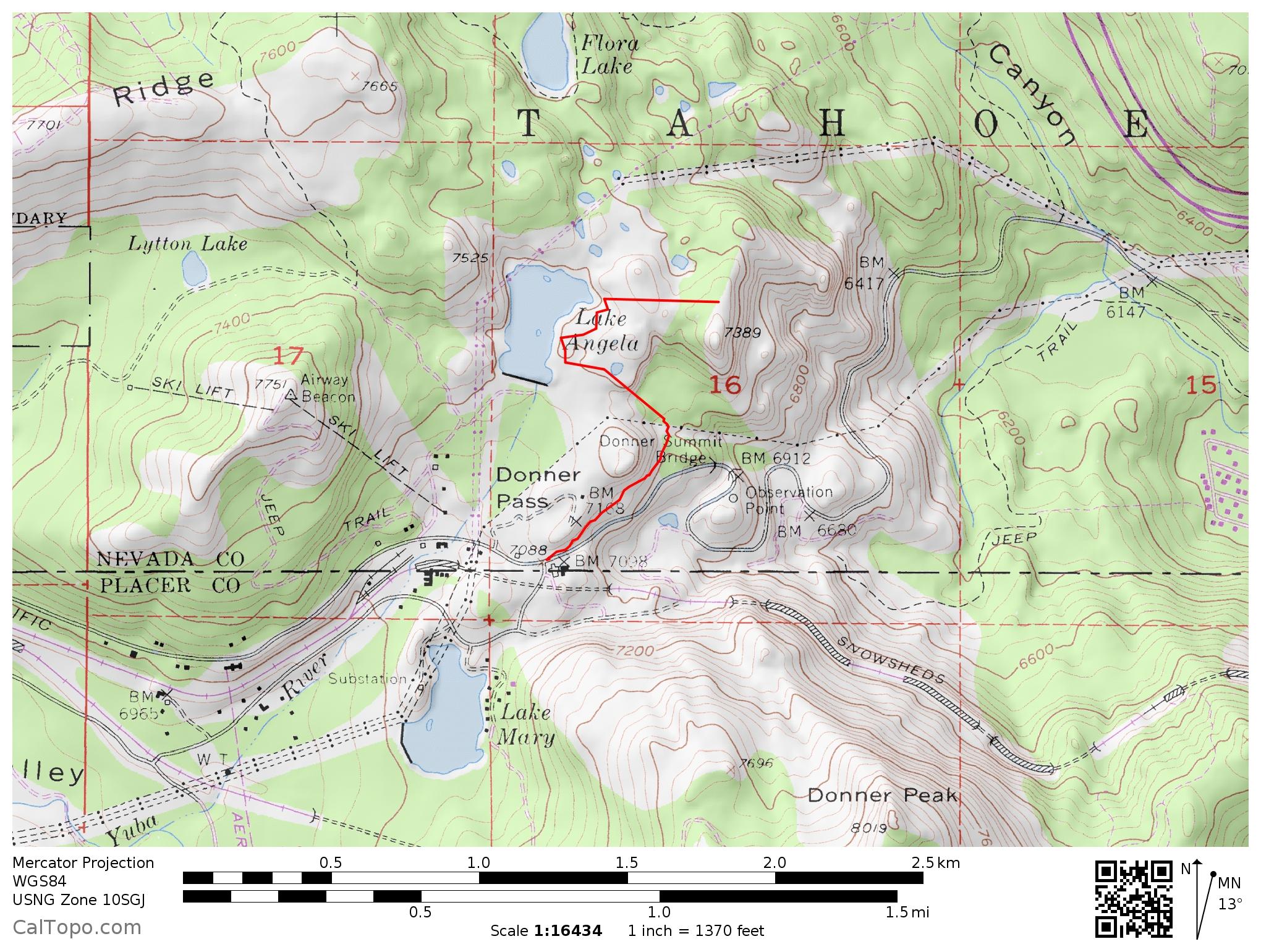 This trip wasn’t even supposed to happen. Long story short, our original destination was the Desolation Wilderness but we got into an accident on I-80 East near Soda Springs. We had to get towed into Truckee, where all the body shops closed for the weekend. It was nearing 3pm, and we were still stuck in Truckee. Luckily, a kind stranger named Chris, an avid hiker from the area, helped us find alternative plans, and went out of his way to give us a ride to the trailhead. Thanks Chris!

We made the most of it though. A quick hike led us to Catfish Lake, a pond full of Chinese Catfish. According to Chris they were put there 100+ years ago by Chinese railroad workers. We also passed by Lake Angela, a huge reservoir.

After a bit of climbing, we got to this amazing overlook of Donner Lake. Someone had installed a rope swing here! 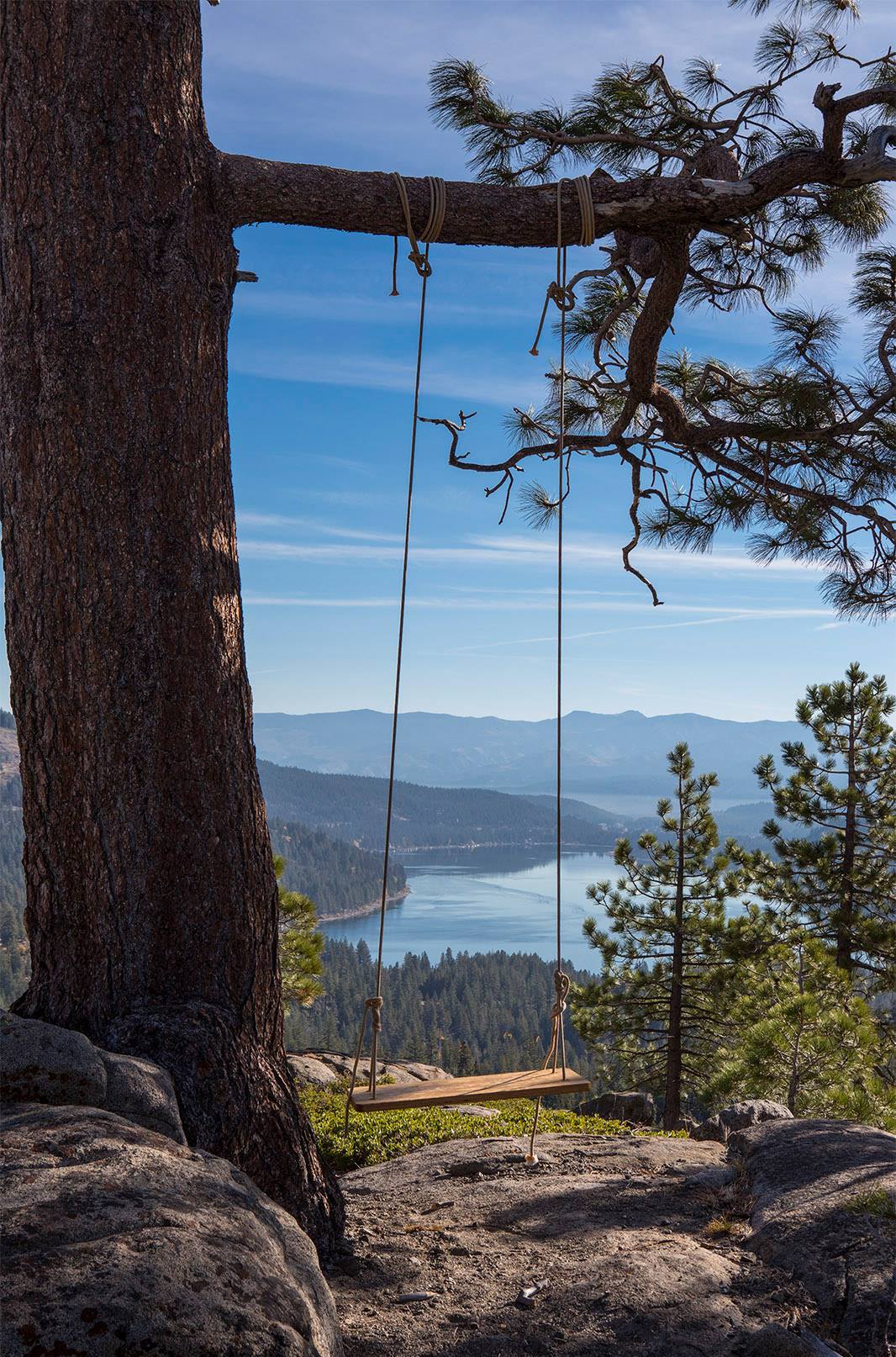 We were treated to one of the most spectacular sunsets I’d ever seen before. It looked like the sky was literally on fire. I know it looks super saturated, but I assure you, the sky literally looked like this. I don’t even know what to say. 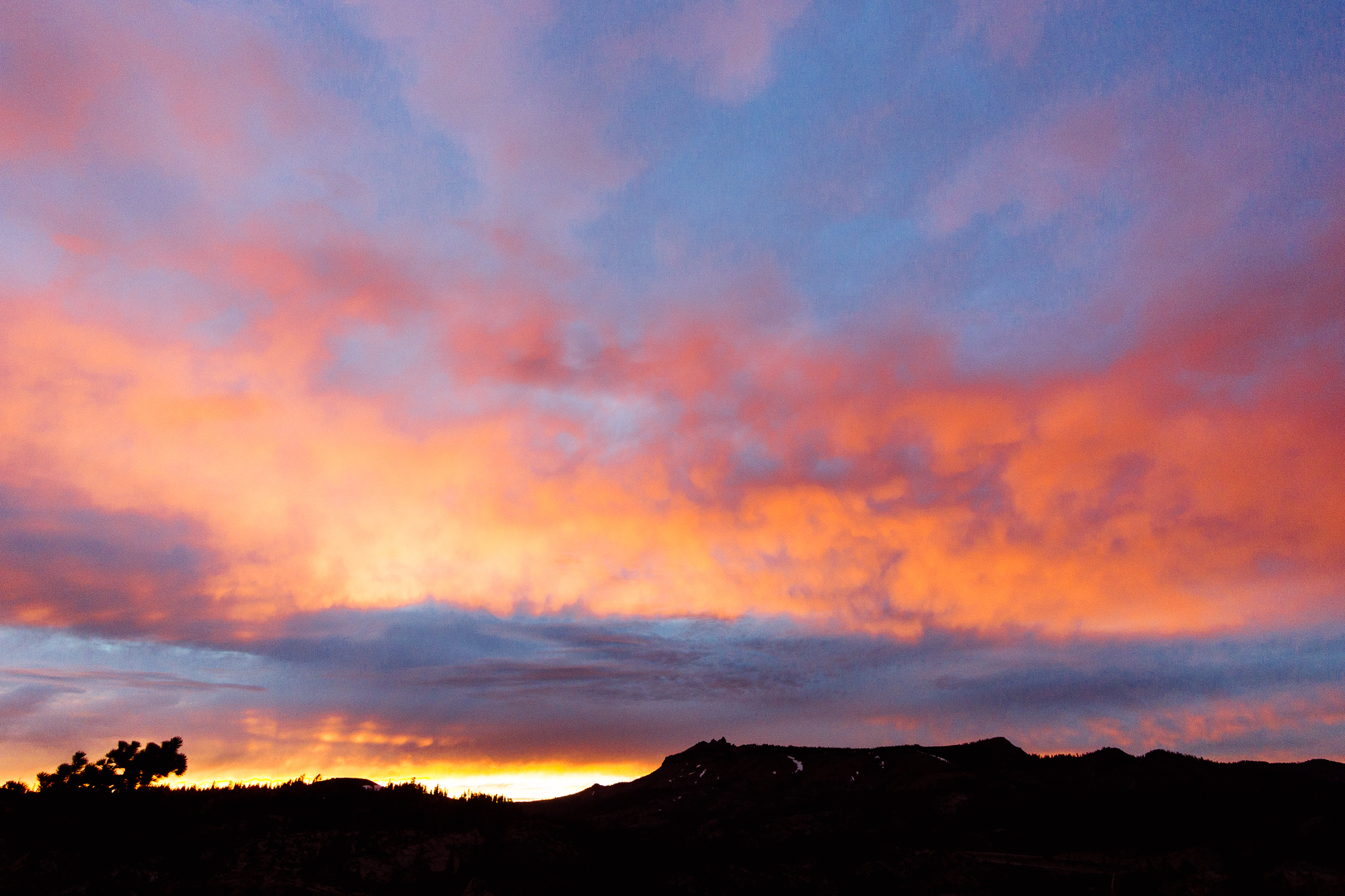 The sky’s on fire!

As night fell, I played around with some long exposures. This one was exposed for 25 seconds. You can see the cars on I-80 East, the town of Truckee, and the cabins surrounding the lake! 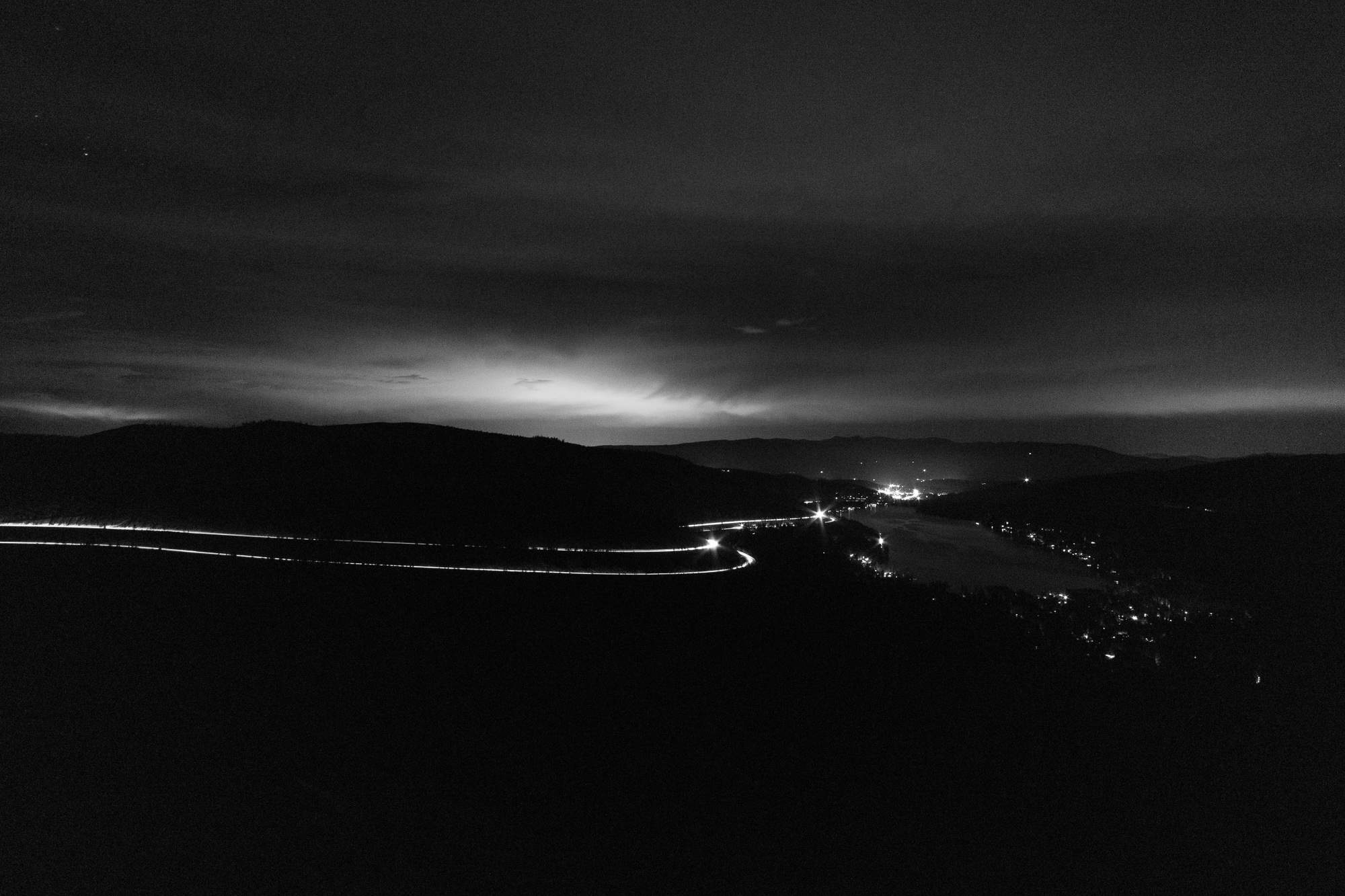 We also played with some astrophotography! We climbed to a nearby peak to get this awesome photo of some stars. The light pollution was surpisingly low, and we spent a lot of time just laying down and stargazing. 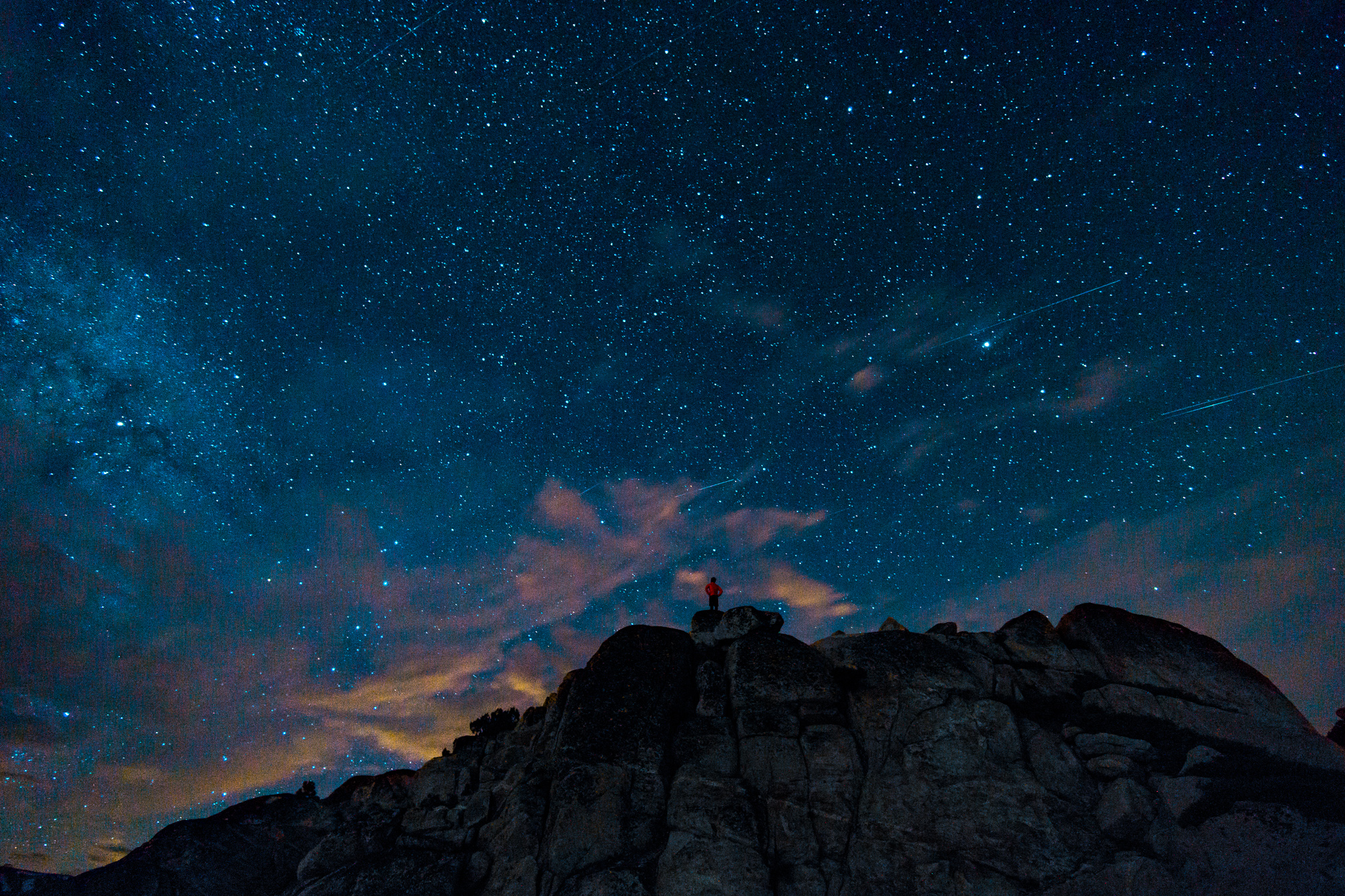 The next day, we had to hitchhike back into town. It was our first time, so we were actually pretty excited. We actually got picked up within 10 minutes by this nice couple who were also returning from a hike. 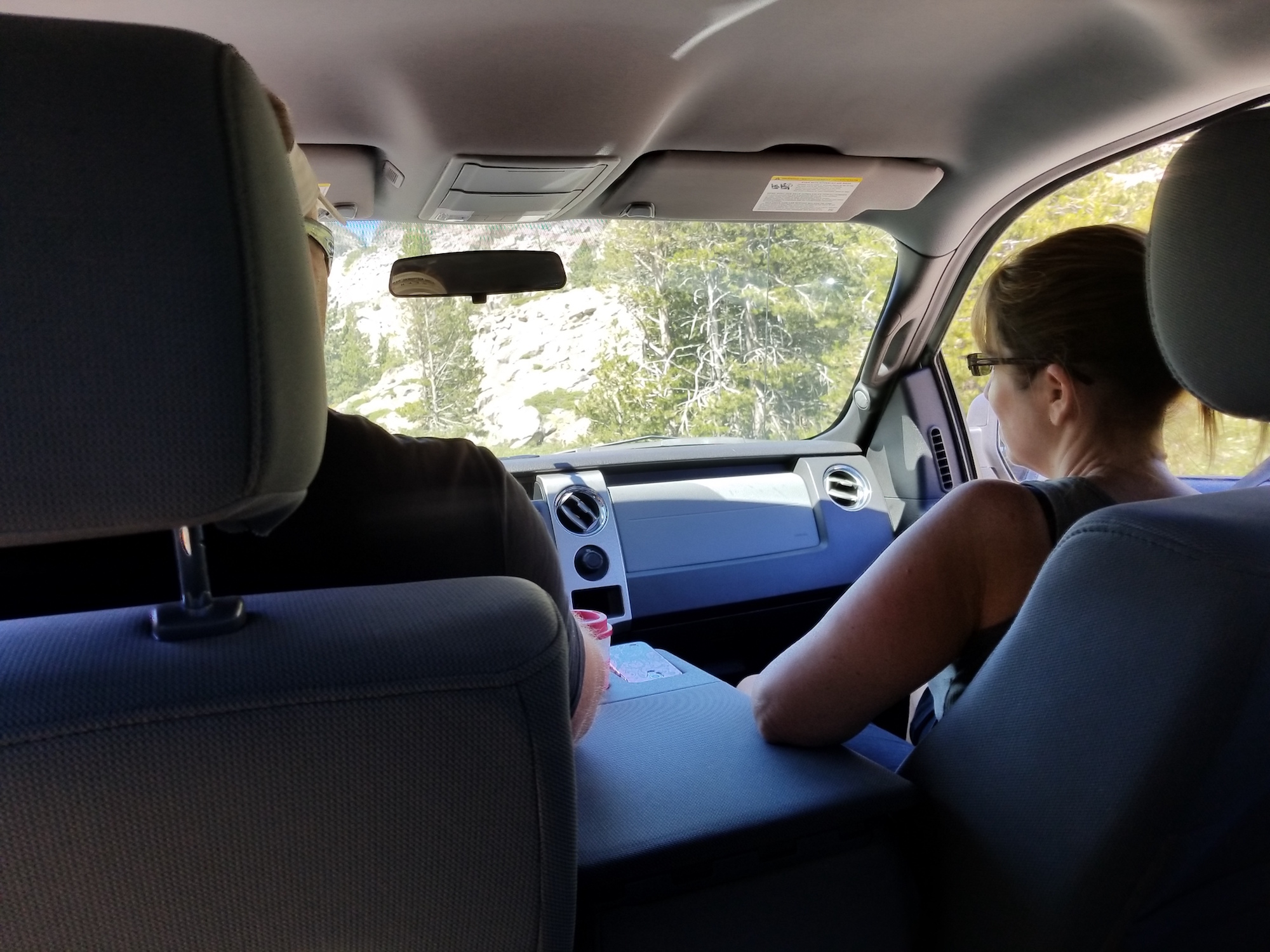