This hike is so awesome, I did it three times this summer. Which adds up to six times in my life. I think that says a lot.

You don’t need a map – just follow the crowd. Take the John Muir Trail down from Nevada to save your knees and get a picturesque view of Liberty Cap and Nevada Fall!

I made three camping trips out to Yosemite this summer. And every single time I went, I hiked this trail. So this’ll just be a combined report.

The record snowfall in the Sierras this year meant that the waterfalls were epicly swollen and raging. This photo was taken from the Vernal Fall footbridge. Even though I’d already been here 3 times before my June 2017 trip, I’d never seen the Merced River like this. 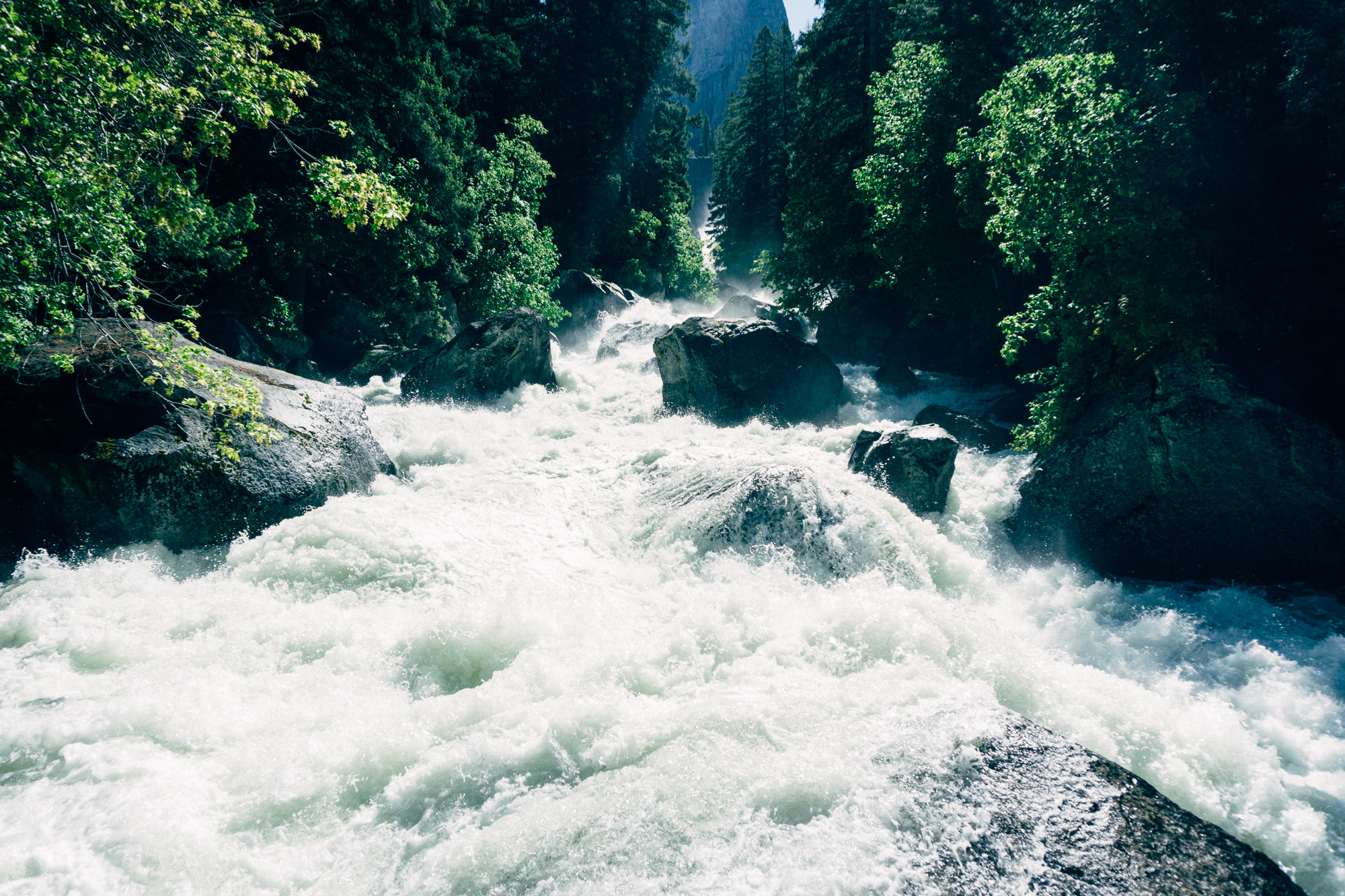 You don’t wanna fall into this

In June, we went up pretty early in the morning at around 8:30am, and there I witnessed some of the most beautiful light I’d ever seen. The sun streaming through the mist created some awesome “God rays”. 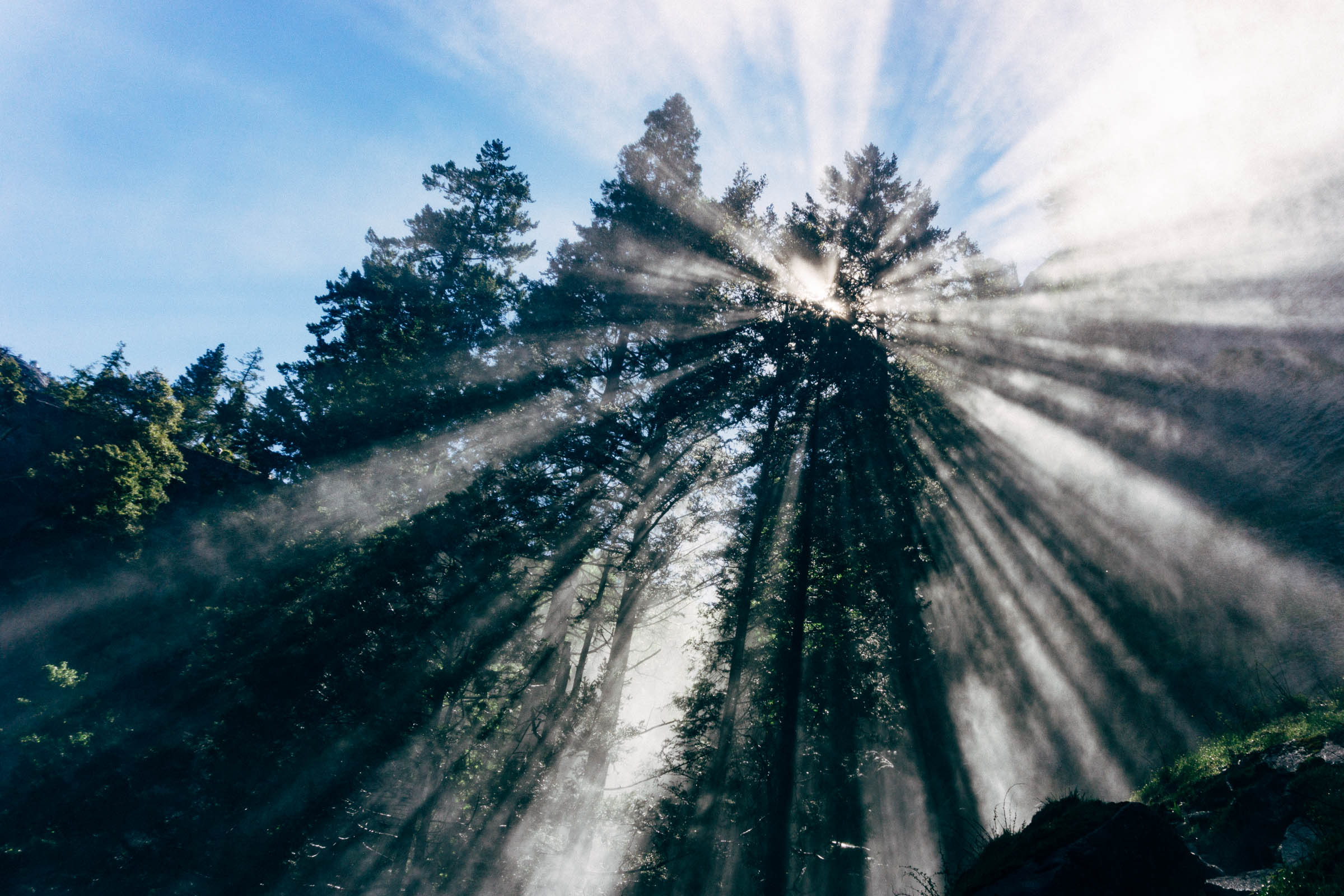 We looked up and saw this.

The photos aren’t that sharp, since my lens was completely covered in water. Honestly, my camera probably sustained some water damage since it was getting SOAKED.

Nevada Fall was raging as well

As you descend from Nevada Fall via the John Muir Trail, you’re rewarded with an amazing view of Libery Cap and Nevada Fall. 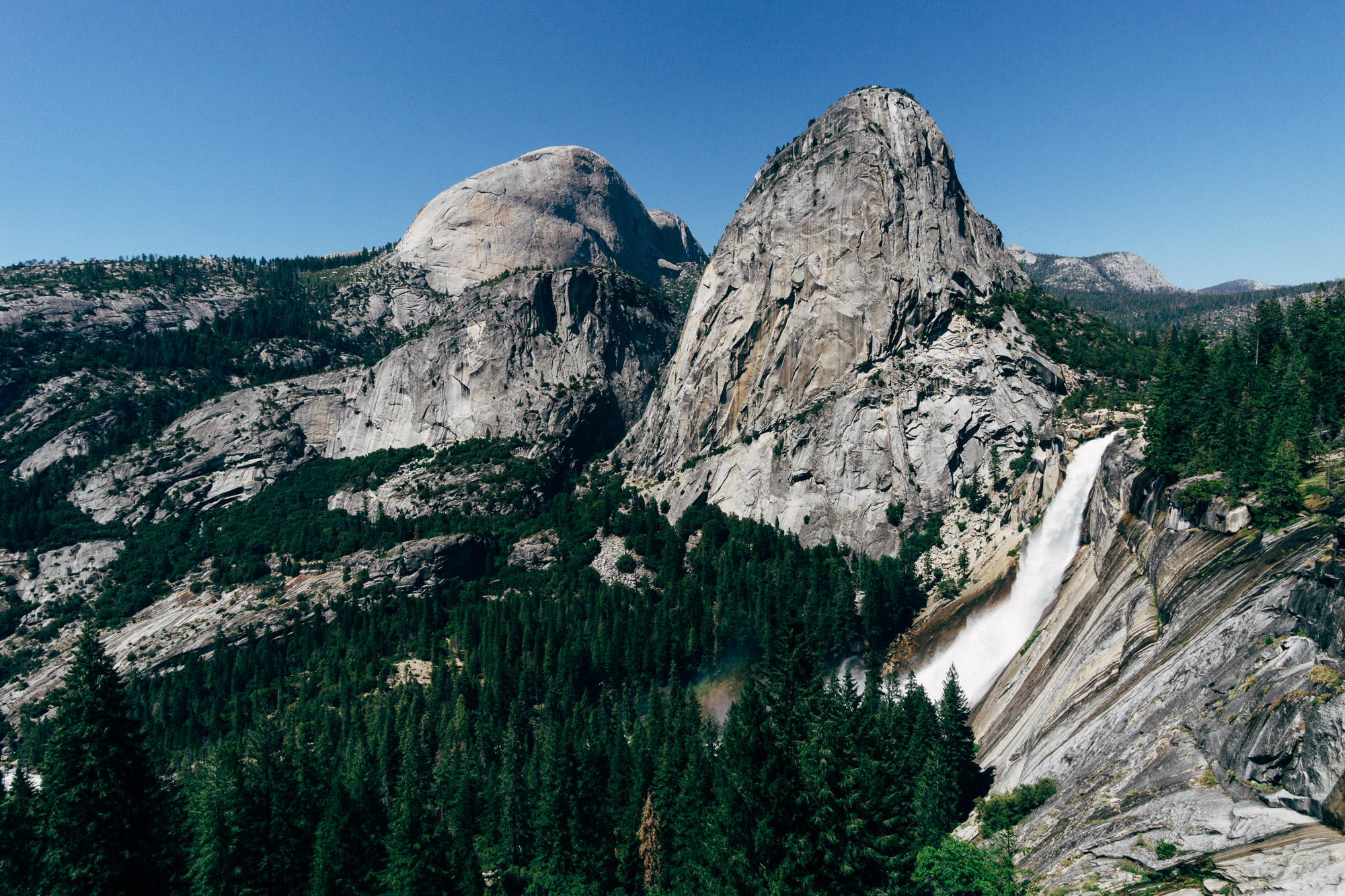 And if you can stay after sunset at the top of Nevada Fall, you gotta! It’s spectacular. Literally no one else does it, since you have to hike the 4 mile descent to the valley floor in the dark. But it’s so worth it… I’ll let this picture speak for itself.